How Connected Cars Can Save Lives Using Internet of Things

There were 1.24 million traffic deaths according to the statistics conducted in 2010, globally. Many people out of them die because of car accidents. If we come across the 2014 records, around 35k people died in car accidents happened in the United States of America. 35,000. Is it a small figure? Definitely not. If we question the root question of these fatalities not being balanced even with the advancement in technology, the answer is the absence of Internet of Things. IoT along with informatics and telecommunications will help us in all commercial fleets and car tracking leading to low annoyance, enhanced safety and sophisticated driving experience.

How do we do that?

The smart technology along with the internet has brought a change playing harbingers in the last decade. With the concept of GPRS, tracking became easy. However, imagine the phenomenon of connected cars? This idea is already being implemented in few places and the results turned out to be amazing. It is true that more research should be conducted to make this concept a foolproof one, but we should give this nascent technology a thought.

Why is it beneficial?

The main idea of building a connecting network is to connect traffic signals with cars. If this connection is built with efficiency, it will help in alerting the drivers and reducing the accidents. By connecting the cars to the nearest traffic signals, it prevents the drivers from crossing the lines when the signal is on and enables a safe driving mode. In common sense, what do you think is the major reason for these accidents? Most of the times, we find drivers who are sleeping, drunk and drowsy are responsible for the happenings. By connecting cars, one can avoid the catastrophic events.

Is it practically possible to implement?

This concept sounds more like Jarvis from Iron Man series. Though it is tempting and attractive, it is too hard to put this in practice. First tried by the European countries, it has shown failures every now and then.

How does it work?

The whole system is about installing nonintrusive sensors which capture respiration and heartbeat. After completing a procedure of transmission and calculation, it will determine the fatigue of the person sitting in the front. If the fatigue factor exceeds the limit, it will give an alert to the driver to make necessary corrections in order to attain normality.

Do they gorge the resources?

The major doubt that has been expressed by many technical people is why to waste valuable spectrum in large amount for a concept like connected cars? Aren’t they better ways to alert drivers? Actually, this doubt is rhetorical. If we make a reality check, connected cars require a few resources with many benefits than just alerting drivers. Even then is it a just thing? I mean, what’s more, important than saving lives of tons of people?

In a report made by McKinsey, it is found that there has been a dramatic hike in the car connectivity and this phenomenon is actually transforming the entire Internet of Things automotive sector. With elevated levels of safety and security, the global market value for connected services are estimated to reach €170bn (£127bn) by the end of the decade which is five times, it values today. The study also stated that 13pc of the entire count of people buying new cars (surveyed with 2000 car buyers) would go for connected cars in the first go and around the quarter are looking for connectivity service than fuel efficiency or engine power.

Why will connected cars surpass other IoT initiatives?

Ain’t it obvious of you to understand after reading the whole thing that this network will create an intense set of customer-consumer data. This data will be used as an enabling factor for the marketers. Marketers who crave for real world consumer behavior data will have insights about consumers travel, shop, spend, recreation activities. Therefore, they will make many decisions based on the indirect data taking leverage of every tiny opportunity.

Establishment of a new ecosystem:

IoT has been trending as a new hype among the tech savvy. It started acting as a powerful hub for manufacturers, developers, service providers, marketers where they can offer their products without changing the relation with the customers. Through connected cars, the relationship between the vehicle manufacturers and the customers will increase and the brand tag value will be enhanced. This will indirectly lead to a revenue stream in vehicle’s lifetime where manufacturers can make changes according to the customers’ preferences. The quality of the product will be changed from time to time by monitoring the post-sale data, potential user feedback. Similarly, service providers of the vehicles will have an open platform where they can introduce their apps and flaunt the innovation levels to the customers with an ease. Armed with IoT, connected cars will create a whole new ecosystem to monetize and deliver services.

Amazon Web Services (AWS) IoT is the Next Big Thing 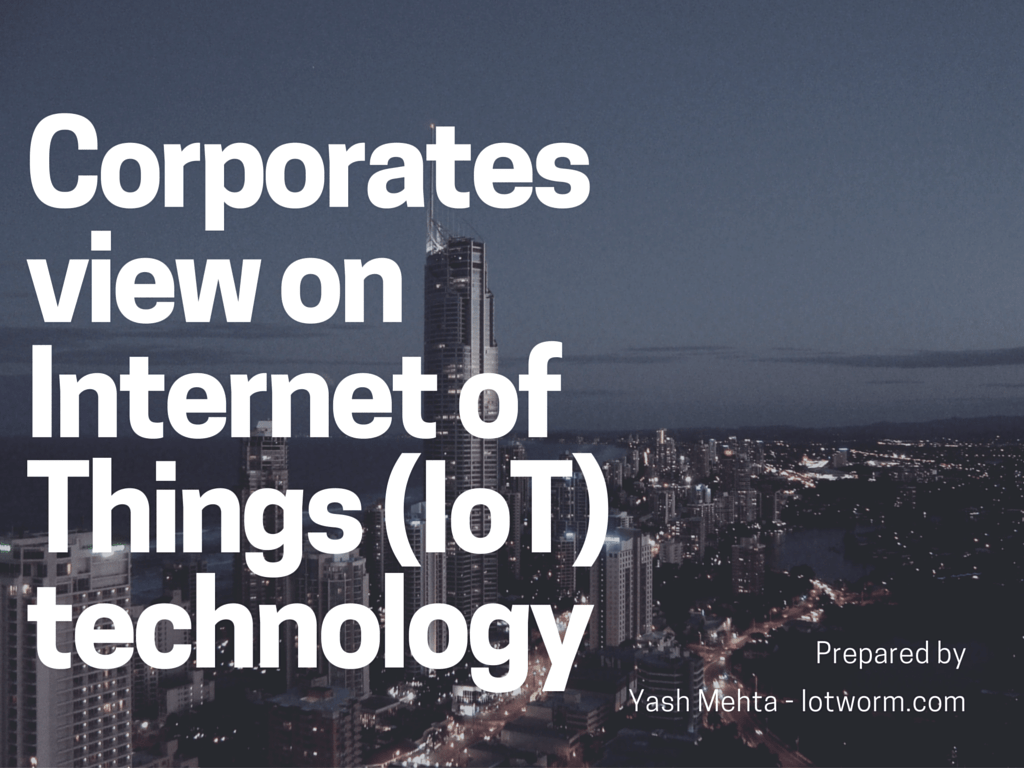