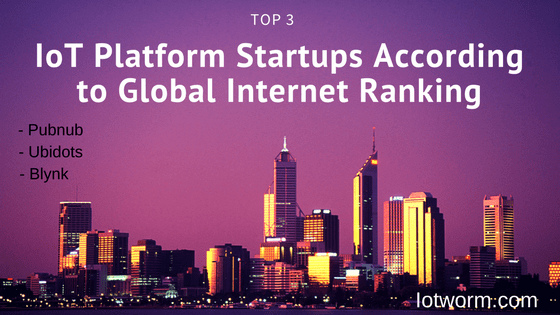 Last decades have been significant in terms of the technological reform that we have witnessed. However, one of the technology trends getting the most attention was the Internet of Things (IoT). What started off as a mere idea has today turned into a multi-million business trend which has, over all these years, paved the way for many innovative discoveries to take place around us. One of the factors which make the Internet of Things a break-through technological wonder is the fact that it has evolved largely out of our living rooms and workplaces; hence resulting in the successful creation of smart roads, smart cities, smart traffic systems, smart buildings, and so on.

Not only this, the Internet of Things technology has also resulted in the emergence of several IoT platforms which have managed to carve a niche for themselves all across the tech world.

Given the amount of startups and initiatives claiming to be IoT platforms, we wanted to have an objective look at this market by ranking the most popular players using Alexa Traffic Rank.

So what basically is an IoT platform?

An IoT Application Enablement Platform refers to a collection of components and settings which collectively make it possible for developers to create projects or products that involve connected devices. There are several basic elements in an IoT platform, such as:

In simple words, an IoT platform is a secure space on the internet where third parties can carry out innovation, tinkering, research and ultimately build IoT inspired products.

As per the list above, there are several so-called IoT platforms in the market today which claim to enable such IoT environment, but in reality many of them are actually end-user vertical products which aim at selling out on their very own IoT- inspired products and services.

Let us take a look at three of the most popular IoT platform startups out there based on global internet ranking.

PubNub helps in converting your IoT dream into reality. PubNub offers you a handful of IoT SDK solutions which you can use for the conception of real-time, server-independent apps, which support both the web and mobile interfaces.

PubNub is great for developers in need of backend technologies to scale their mobile or IoT apps. However, it is not designed to serve as a front-end for the end users of your IoT app.

We weren’t surprised to see Ubidots among the top in global traffic, since it’s probably one of the most comprehensive IoT platforms in the market. Ubidots is a codeless platform that provides both backend and frontend tools for developers to prototype as well as scale their projects into the production stage at an accelerated pace. Its super-clean interface, charting options and user management modules, makes it one of the fastest tools to implement your IoT idea. 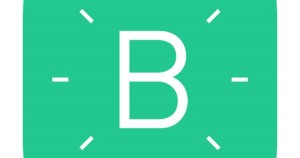 Blynk is a one of a kind IoT platform given its focus on mobile. Users can drag and drop controls and widgets to create their own branded mobile app that talk to IoT devices, and even publish it to the App Store and Google Play.

All these three IoT platforms have time and again proved their worth and credibility by enabling amazing projects built by both the developer community and the enterprise. But what a better way to prove this than taking a look at the global internet rankings, according to Alexa.com.

Please note that we only featured the top three startups, since other products that ranked well, such as Thingspeak, Thingworx, Cayenne or Xively, already belong to larger parent companies like MathWorks, PTC, Avanquest and LogMeIn respectively. On the other hand, it was hard to establish the exact ranking of AWS IoT, Azure IoT, Bluemix IoT Foundation and Google Cloud IoT products, since their domains enclose all of their products and not only their IoT offerings. This is why they couldn’t be included in the list.

ConclusionIt is worth noting that, even though tough players like Xively and Thingworx are backed by NASDAQ giants, their popularity is actually decreasing, as can be seen in SimilarWeb.com. This doesn’t necessarily mean they are not growing, as it might be due to the fact that they are using other marketing channels like events or distributors to get to their IoT customers.

With the amount of buzz revolving around the entire Internet of Things scenario, it is needless to say that people are going to face the dilemma about which IoT platform to rely on. However, this dilemma can be brought down to a certain extent if you, as a developer, are aware of all the elements as well as functionalities that you want your IoT end product to possess and showcase.

Do you know another IoT Platform startup with a traffic rank that qualifies in this list? Please leave your comment below.

How IoT Tech Is Giving You Better Beer

TMS Health Solutions Is Cracking The Code for Clinical Depression

Read More
Table of Contents Hide Introduction:How do we do that?Why is it beneficial?Is it practically possible to implement?How does…
IIoT News

Read More
Table of Contents Hide What is the IoT?What are the problems?DataPrivacy and SecurityWhat’s the solution?The future We’ve already…