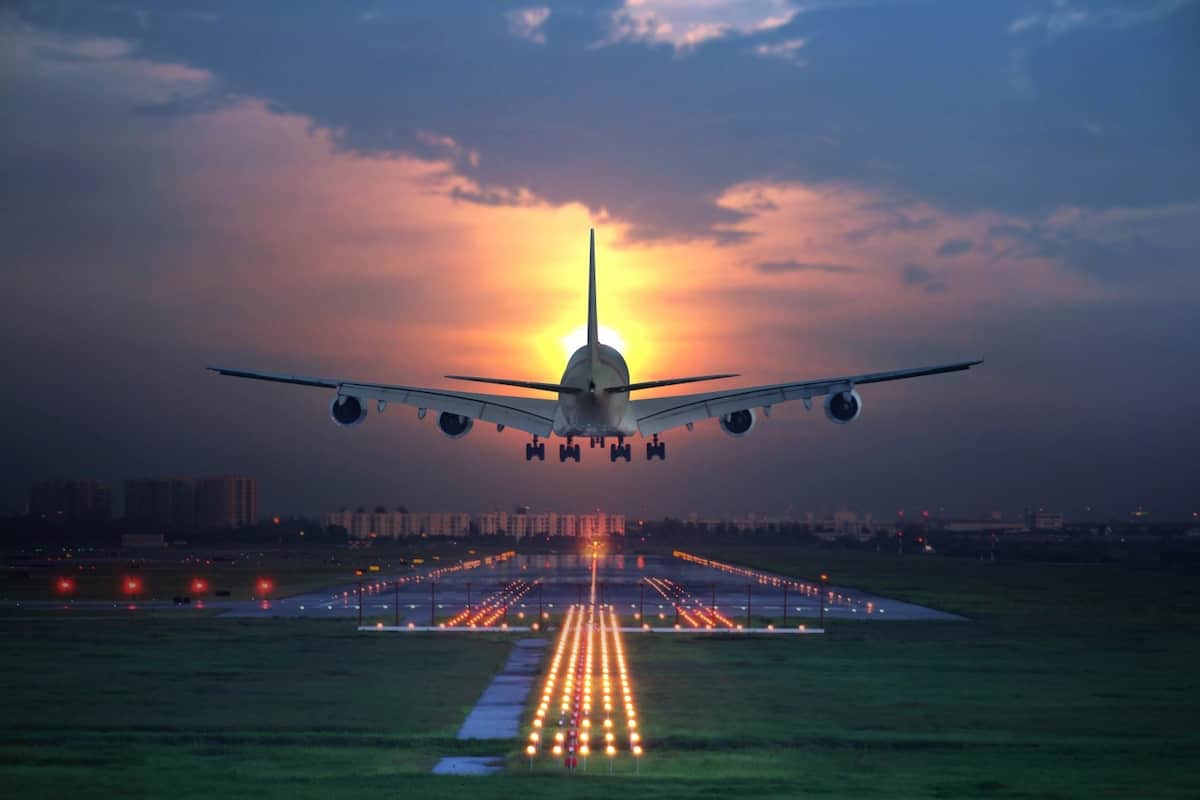 It is often stated – and widely debated – that when Beethoven composed one of his most famous works, Symphony Number 9, he was almost completely deaf. A feat that is somewhat similar to Michelangelo painting the ceiling of the Sistine Chapel while blind. And yet, over 200 years later, so beloved is Beethoven’s masterpiece that symphony and philharmonic orchestras still travel the world from New York to Beijing and beyond, bringing his reverential works to the masses.

In concert halls the world over, people are still entranced by the majesty of the music and the virtuosity of the musicians who perform it – without ever giving a thought as to how the orchestra, its musicians, their instruments, the conductor, and the orchestra’s engineers and technicians came to be there, on stage, recreating the works of a genius for you, the audience.

The answer is quite simple, orchestras usually travel from city to city, and continent to continent using private jet charter services, and with very good reason too.

Aircraft Charters For Orchestras And Their Instruments 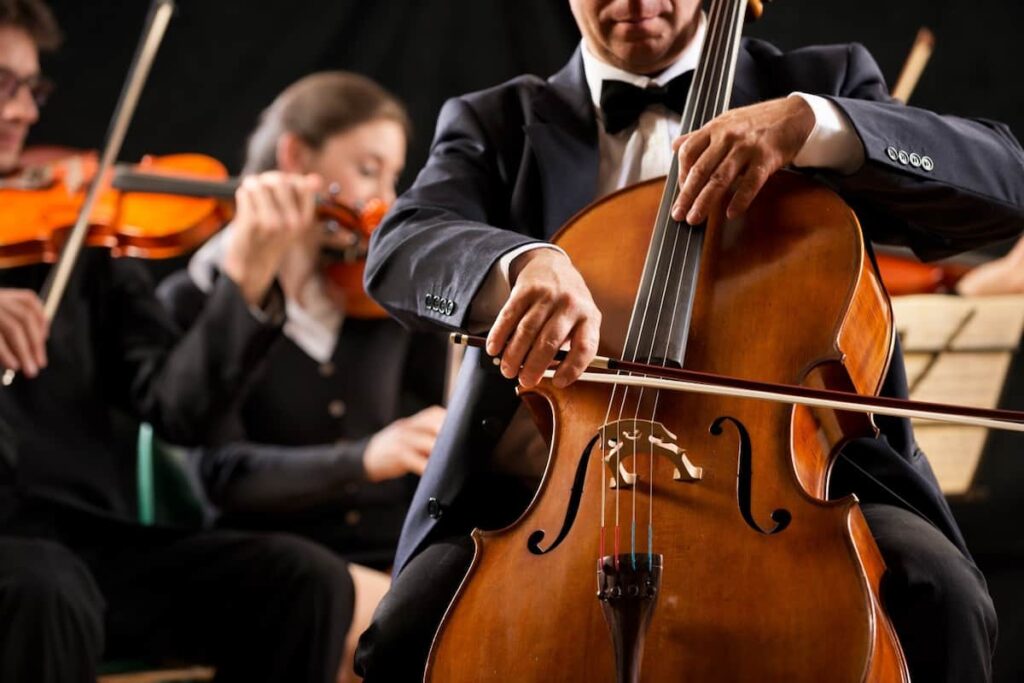 Let’s start at the beginning.

Most Philharmonic and Symphony orchestras (we’ll get to the difference later) spend roughly a quarter to a third of their time touring. With orchestras usually numbering between 70 and 100 musicians, together with their instruments, music stands, scores, stage equipment, wardrobes, conductor’s podium, and personal belongings, that’s a lot of personnel and a lot of equipment to take on the road.

For example, let’s take a core group of approximately 100 orchestra musicians, each playing one instrument – some musicians, such as percussionists and woodwind players often travel with multiple instruments – that can often mean, along with the musicians, up 150 unique, and often extremely expensive and rare instruments need to travel from city to city, safely, comfortably, and on-time.

But couldn’t they just rent instruments when they get to their next concert destination? If you love life, never, ever, ever, utter such a thing to a professional orchestral musician – or any other musician for that matter.

One of the main reasons why touring orchestras choose private jet charter flights instead of scheduled airlines is because of the musician’s intense love for their instrument.

Musicians intimately know their instruments, sometimes even more intimately than they know their family and friends. They have been together, in some cases, for almost their whole lifetime. They know the weight, the shape, the tone, and the feel of the instrument, and they know what they can and can’t ask of its performance. Additionally, and on a minor note (pun intended), the cost of many of these rare and valuable instruments can run into the millions of euros.

Would you trust ground handling staff at a busy major international airport with your baby? 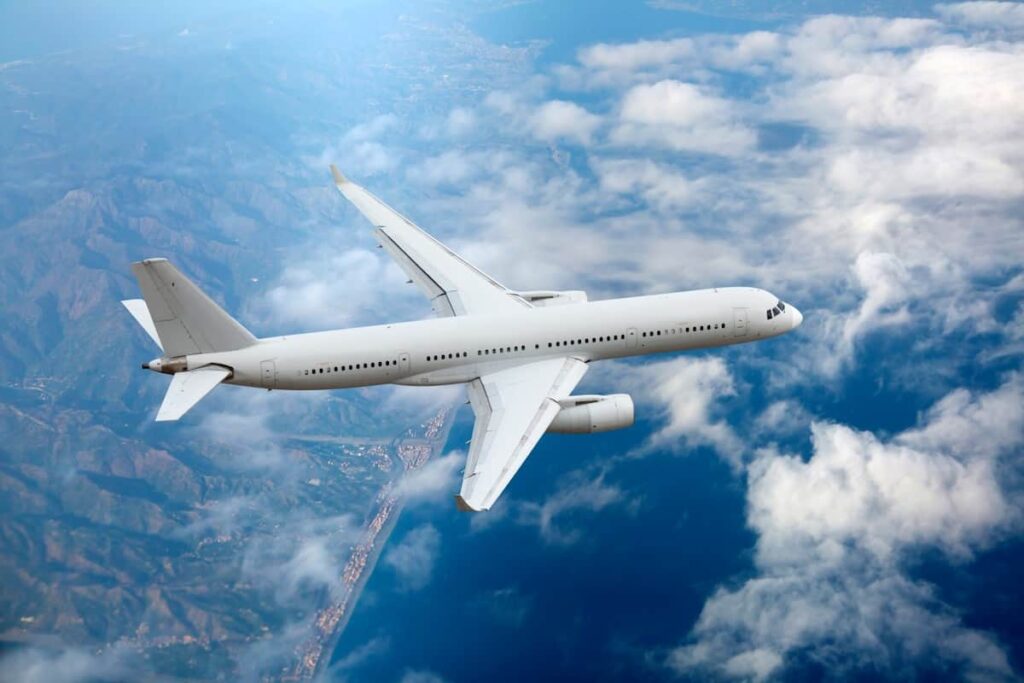 The first port of call for the tour’s logistics manager when organizing a world tour for a concert orchestra is to enlist the services of a private airline charter company. But not just any charter company, it needs to be a private jet charter service highly experienced in dealing with large orchestras and private jet charter for international travel.

A touring orchestra’s equipment can weigh in at well over five tons worth of cargo – five tons of very valuable cargo. Additionally, that cargo has to be moved safely and on-time across as many as twenty destinations, often of several continents. As part of this process, there are multiple factors worth considering, all of which are well known to experience private jet charter flight logistics professionals.

Considerations such as climate control onboard the aircraft – a musical instrument’s worst enemy – is temperature; too hot, or too cold and the instrument may be ruined beyond repair. Instruments usually travel on climate-controlled aircraft and ground vehicles, with special monitoring equipment in every flight case, measuring temperature, humidity, and vibration, this data is automatically sent to a central base station. Should there be any change in the readings, a cargo manager – who travels in the cargo hold – can act immediately and make any required adjustments?

How will the instruments be loaded, and by whom? Will the instruments arrive on time, and will they leave on time for the next performance? The answers to all of these questions and more are best known by the professionals experienced in regular private jet travel for world tours and who can be trusted with such fine details and planning. 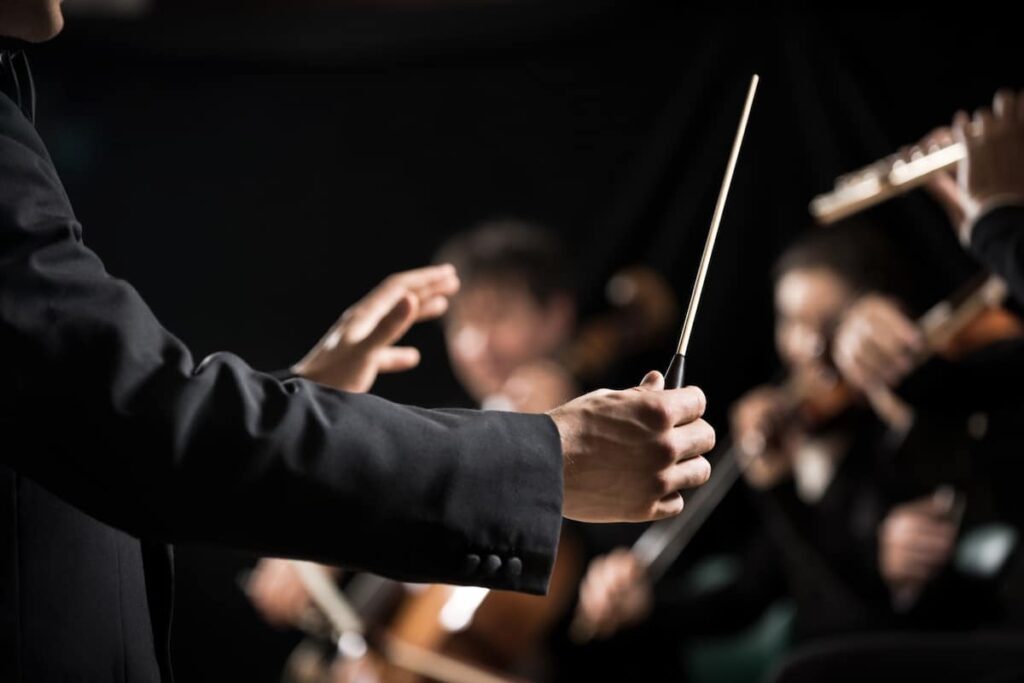 How much does a private jet charter for an orchestra cost? The answer is a lot.

Much of the costs involved for a touring orchestra are far greater than simply calculating private jet charter rates. Private jet travel prices can vary greatly between charter companies, depending on the company’s ability to handle the logistical steps involved.

These steps, and their complexity, will make up a significant proportion of private jet charter quotes.

Of course, touring orchestras will incur any additional expenses, not associated solely with private jet charter flights and cargo transportation.

There are the musician’s and crew’s salaries, along with substitute musicians should the case arise. Additionally, the orchestra’s travel plans may include extra passengers; management teams, sponsors, marketing staff, stage crew, and even journalists and film crews.

Accommodation options and costs also need to be considered. However, in some cases, the charter company may offer this service as part of the overall private jet travel price.

Just like an army, an orchestra marches on its stomach, and providing meals for over 100 people several times per day comes with quite a big price tag – remember, not everyone will eat from the same menu.

Then there are the fees associated with the venues and the promoters. Heating, air conditioning, stage set-up and management, lighting cost, ushering, along with multiple other costs that may not seem obvious to those sitting in the audience. Local advertisement and promotion may all come with a hefty price tag.

It might sound a little obvious, but world tours for orchestras wouldn’t happen without the actual musicians.

When choosing private jet charter flights, the logistics manager, along with the charter company, needs to consider the duration and complexity of the flights to help ensure that the stars of the show will arrive rested and relaxed. Musicians suffer from stress too, you know?

That’s why orchestra charters private jets for their tours, and the experts behind their success need to closely consider the human factor. Getting the musicians on-site is only a part of the battle, they also need to arrive feeling creative, motivated, and ready to perform – all of these factors will affect the choice of aircraft.

Charter companies charged with organizing the international flight segments of an orchestra tour need to consider the musician’s attachment (love) for their instruments. Any outside factors, like unfriendly or unhelpful custom’s checks opening cases or roughly handling their precious instruments, can turn normally docile artists into snarling, vein-popping monsters in a matter of seconds.

To put it rather simply, the artists need to be treated almost as delicately as a 300-year-old Stradivarius violin. But that is the beauty of professional private jet charter companies who specialize in orchestra charters, they know and understand every aspect of their business inside and out. In fact, a really experienced jet charter firm is something like a finely-tuned orchestra, playing together in perfect harmony, without missing a single note, and under the baton of a maestro who intrinsically understands the entire body of work.

What are Some Examples of a Product Business? 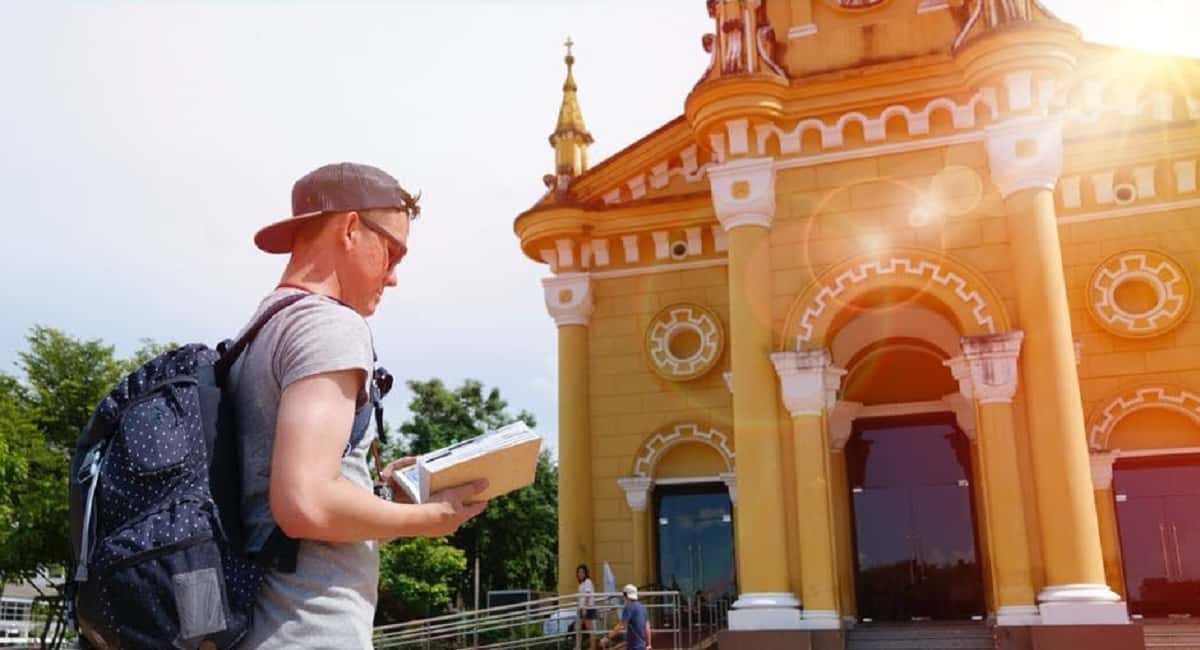 Read More
Table of Contents Hide How to Be a Tour Guide1. Focus on the Story2. Know What You’re Talking About3. Have…
TTravel Facts 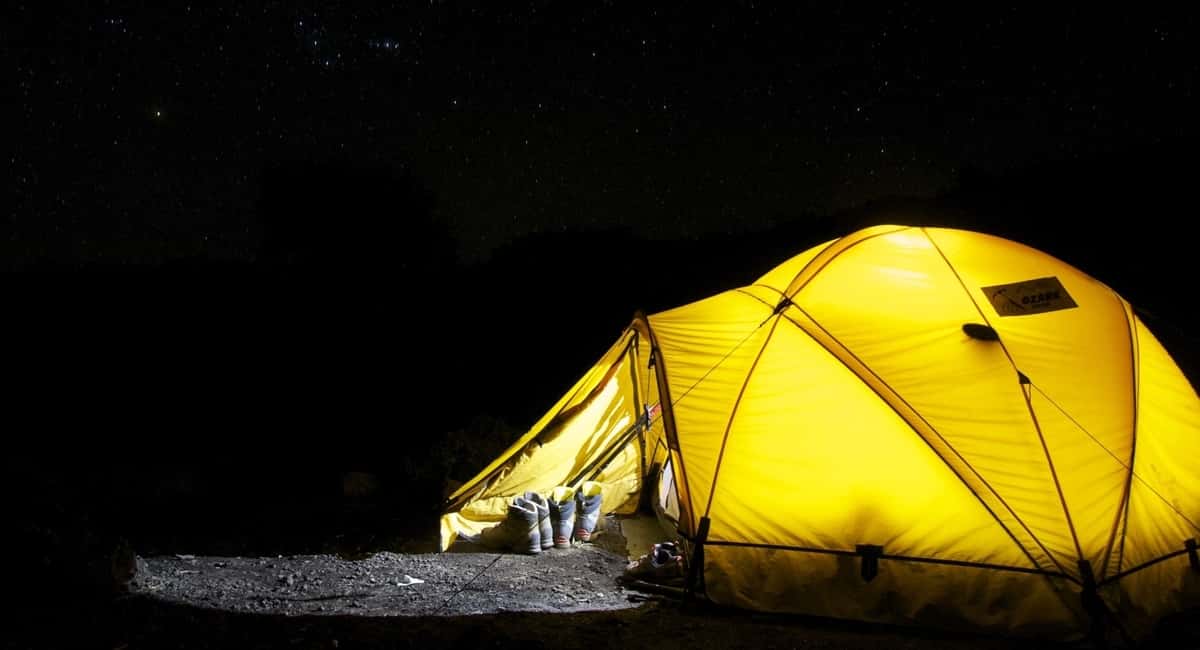